Men and women both snore and their snoring has led to many a frustrated partners having to lose sleep and thereby suffer the subsequent morning. Here we have listed some of the best snoring devices on the market that might help you resolve your snoring issue and provide your partner with some much-needed sleep. 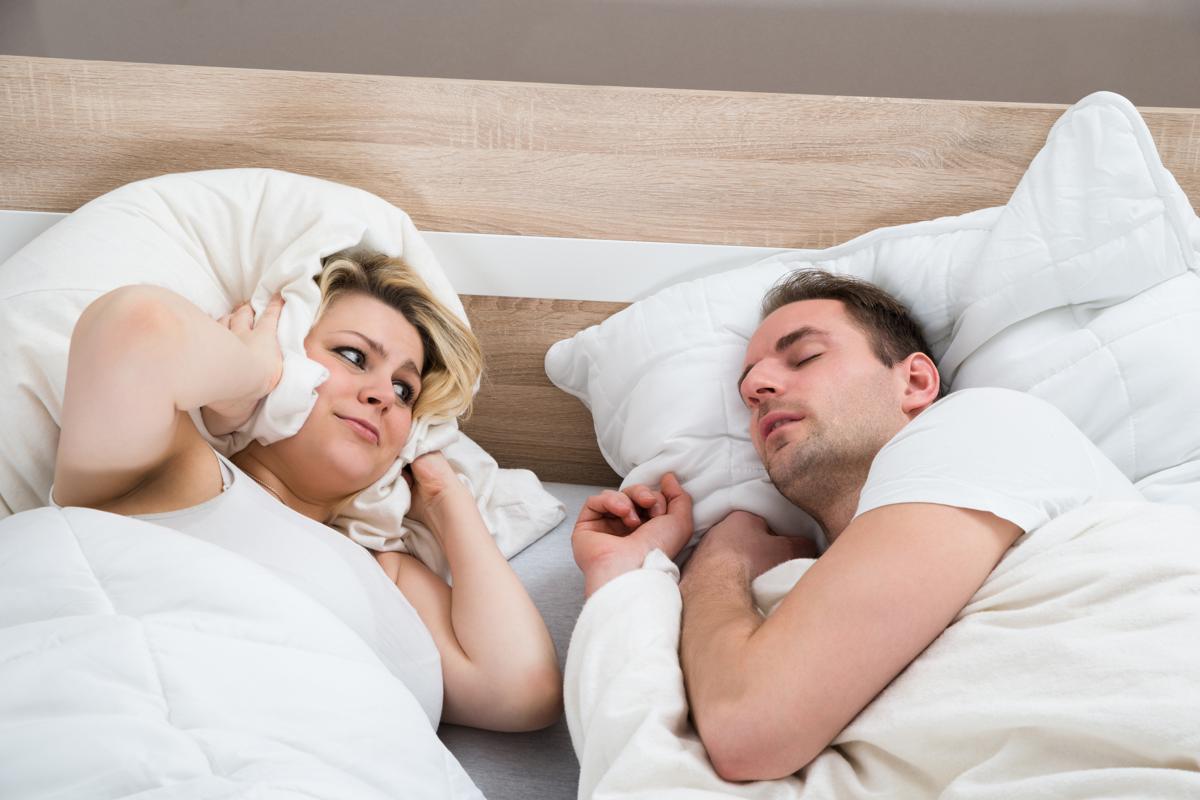 Men and women both snore and their snoring has led to many a frustrated partners having to lose sleep and thereby suffer the subsequent morning. Here we have listed some of the best snoring devices on the market that might help you resolve your snoring issue and provide your partner with some much-needed sleep.

Dismayed red-eyed, sleep deprived and angry wives sometimes (read: often) feel like shoving a gag cloth on their hubby’s mouth when the heavenly silence of the night which invites nothing but a sound, refreshing and peaceful sleep, is shattered by a bulldozer-like rumbling. Well trying to block out the noise with the pillows, earphones, cotton buds (have you tried chloroform​? Worked for my brother-in-law) is not the best solution to the rumble the tumble. Well, guys if you want your wife, not to poison you in the morning breakfast, you better gear yourself and do something to stop snoring. Getting the best snoring device is probably the best solution that you can use.

Why Do We Snore

Before we move any further, let’s get to know why we snore, and why the snoring is dangerous and most important of all, why is it so loud that you often disturb your wife’s sleep.

The mouth and the nose both act as openings of air passages to let the air inside the lungs. When a person falls asleep, the mouth and muscles in the throat and also the nasal passage relax. The muscles of the airway, relax along with the tongue, thereby reducing the diameter of the pipe-like structure. The total space or the pathway which is required by the air to enter the lungs is thus restricted and hence when the air enters the pathway it rushes down into the wind pipe. This rushing is partly responsible for the sound.

Secondly, the rushing motion also causes the vibration of the soft palate and uvula, at the back side of the throat, which again contributes to the snoring sound. Well that’s it, the next time you get into a fight with your wife, tell her to blame your throat, soft palate and uvula, and also your narrowed airway, snoring is unintentional (well at least in most of the cases).

Now it must be noted that the snoring is usually caused as a result of any one of the following three effects:

Now when it comes to using snoring devices, there are plenty of solutions which can be implemented. The key function of every device is to broaden or enlarge the over relaxed tongue, airway, nasal passage and throat which block the intake of air leading to the aforementioned ‘rushing’ and ‘pressurized’ air intake. Please note that consulting a doctor regarding the snoring and the right device to curb it down is essential and if the wrong snoring device is used, or the device is used in the wrong manner, it might cause dangerous and unwanted side effects. Here are some devices which would help you to stop snoring.

In the dental device section there are two kinds of devices which can be used in the mouth. The first one is the one which is known as a ‘mouth shield’, and is used especially for people, who have a tendency to breathe through the mouth, which in fact causes them to snore when they take in air. The mouth shield simply keeps the mouth closed and the airway a bit expanded, so that the user of the device can breathe through the nose and the airway remains unblocked and the soft palate and uvula don’t vibrate. Naturally the device is engineered in such a manner that the wearer does not suffocate or experience breathing discomfort. Some common brands and products include the following:

The second kind is the one where the snoring is curbed down by the device by bringing up the jaw, tongue and muscles, so that the nasal passage, airway and the passage of air through the mouth does not get too small, which causes the vibration and of course the snoring. Such devices are often referred to as Mandibular Advancement Devices. Some popular brands and devices include:

The jaw holder functions exactly like the Mandibular Advancement Device. However instead of being inserted into the mouth, this device, is worn on the head to support the jaw. The lower jaw is upheld by the support and the air passage is kept free of congestion and also free from closing up and contracting. In some cases, jaw supporters are also used to help breathe through the nose. Some common ones include:

The nose clip is another common solution which is used by quite a few people. This kind of clip is attached upon the nose top or in the nostrils so as to expand the airway and also the intake of air through the nose. Some common brands include:

Anti snoring pillows are more comfortable and hence more popular than the remaining solutions. A sleeping pillow is engineered in such a way that when you lie down to sleep, the pillow’s shape and mechanism broadens the diameter of the air path by giving sufficient leverage to the lower jaw. The rushing of the air is thus prevented, which curbs down the snoring.

Higher blood pressure, sleep apnea, drowsiness, irritability and lack of focus are some of the gravest problems of continual snoring. Hence it is advisable to take appropriate measures with the help of snoring aids and proper medical advice, as soon as possible.